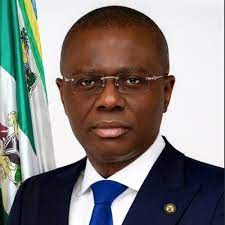 Lagos State Governor, Mr. Babajide Sanwo-Olu, has urged the Federal Government, FG, to have a rethink over the suspension of Twitter in Nigeria by embarking on dialogue with the aim of resolving the issues.

Recall that FG had last Friday, announced indefinite suspension on the operations of microblogging and social networking service, Twitter, in Nigeria. This was announced by the Minister of Information and Culture, Lai Mohammed, according to a statement by his Special Assistant on Media, Segun Adeyemi.

Consequently, the Attorney-General of the Federation and Minister of Justice, Mr. Abubakar Malami, SAN, directed the Director of Public Prosecution to begin immediate prosecution of those who violate the Federal Government’s order suspending Twitter operations in Nigeria.

However, Nigeria’s businesses, reportedly lost over N4.3 billion in days after suspension of Twitter operations in Nigeria.

Meanwhile, on Monday, Sanwo-Olu, while appearing on an early morning Television Show in Lagos, by panelists, led by Dr, Rueben Abati, speaking on the second anniversary of his administration as well as achievements and State of the Nation, made the passionate appeal to the FG.

According to Sanwo-Olu: “Though, I will not want to join issues concerning the Twitter ban. Last week I was on a factfinding tour to some of our technology hubs to encourage our players where we pledged to support them. We have research grants to support the sector which are in N20 million, N10 million, N5 million, and we did over N250 million last year. In terms of interventions, we are supporting them. We are building biggest Iniformation Communication Technology, ICT, hub in Nigeria to be sited in Lagos.

“On the Twitter ban, I can’t sit here with all the responsibilities that I have and flay the Commander In Chief of the Armed Forces, who is having all the prognosis of the security I don’t have, I can’t begin to say what he has done is right or wrong.

“Albeit, on both sides there are issues that can be resolved by the Twitter and our government. The action is not a ban but a suspension as they said. In view of this let us all sit down and a have a conversation.

“ If Twitter had to take his investment to a country with 5 million subscribers and not Nigeria with 40 million subscribers, this speaks to the reason why we also need to have that conversation. In other climes they sign underlining agreement before operations on the rules of engagement, I’m not sure if we have that here.

“ Having said that, FG can handle this a lot better. A lot of e-commerce, a lot youths doing digital stuff on the internet, we can not throw all these away and pretend nothing is happening. I believe there could be a lot of restraints and better management from both sides.

“And what I’m pleading is within the next two days let’s see that happen, let us come together and resolve it amicably, Lagos is hurting, our youths are hurting, Nigeria is hurting and let us understand that what are the issues in getting this behind us so that we don’t politicize it, people are losing monies, businesses, and economies are being destroyed.

“There is also the security issues, let us be circumspect, don’t let us throw the baby with the bath water. And I’m ready to speak to it if I’m called upon to give quality advice on what I feel should be done.” 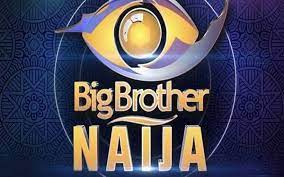 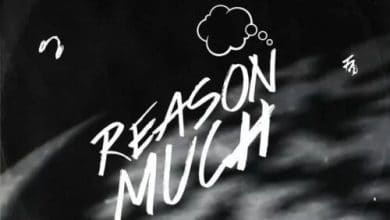