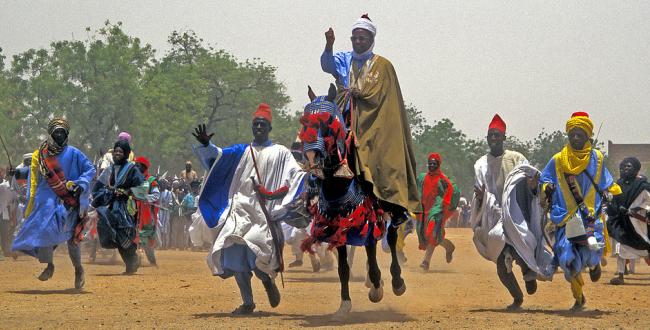 Activities affected are public display by horse riders (Durbar) at the palace of the Emir of Katsina, Dr. Abdulmumin Usman; and that of the Emir of Daura, Faruk Umar.

According to a report by The PUNCH, the Katsina and Daura Emirates councils in Katsina State have suspended public activities for the forthcoming Eid-el-Kabir, citing security reasons.

Activities affected are public display by horse riders (Durbar) at the palace of the Emir of Katsina, Dr. Abdulmumin Usman; and that of the Emir of Daura, Faruk Umar.

The two emirate councils, however, implored residents in the two councils to use the Sallah period in offering prayers for peace in the state and in the country.

In May, the Emir of Daura had suspended activities marking the end of the Ramadan fast in the emirate council, also for security reasons.

The royal father rather directed district heads to join the people in their domains to pray for peace in Nigeria.

Concerning the latest decision, sources revealed that the step was in connection with current security situation in the state.

The spokesman for the Katsina Emirate Council, Iro Bindawa, confirmed the development on Wednesday.

He said, “Yes, the Emirate council has suspended activities concerning Durbar during the Sallah, but his Eminence has implored residents to seize the Sallah period in offering prayers for the state and for Nigeria.”

The decision of the Daura Emirate council on the suspension of public activities during the Sallah was contained in a letter addressed to the Emirate council members and the Emir’s advisers.

The letter was dated 13, July 2021 and signed by Danejin Daura, Abdulmumini Salihu, on behalf of the secretary of the council.

The statement further revealed that special prayers should be offered for sustainable peace in the state immediately after the Eid prayers on Sallah day.

The Emirate council spokesman, Usman Ibrahim, also confirmed the development. He said, “The circular is already in the public domain.”