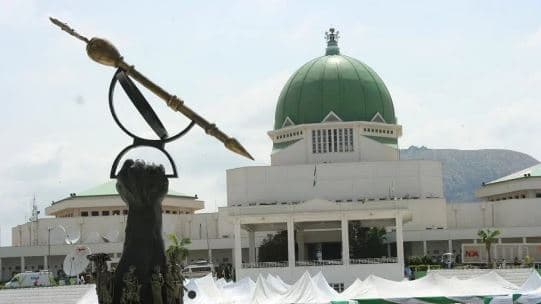 A landmark order has been given by a court demanding the reduction of salaries & allowances of NASS members.

An order has been given to the Revenue Mobilization, Allocation and Fiscal Commission (RMAFC) to adjust salaries and allowances of National Assembly members.

The order by the Federal High Court in Lagos on Friday stated that the adjustment should reflect the economic realities in Nigeria.

The court declared that the National Assembly Service Commission (NASC) has no power to determine the remuneration and allowances of lawmakers.

The court also ruled that RMAFC is the only body responsible for determining the salaries, remuneration and/or allowances of federal legislators and political offices holders.

The judgment followed the hearing of Originating Summons in suit number FHC/L/CS/690/2018.

The suit was filed after reports that members of the NASS receive running costs and pay not determined by RMAFC and that such allowances are illegal because they are far above what the commission prescribed.

Former Kaduna Senator Shehu Sani had, in an interview with a News Magazine, on the 8th of March 2018 revealed that “each senator receives N13.5 million monthly as running cost in addition to over N750,000.00 monthly consolidated salary and allowances”.

The plaintiffs said the RMAFC has failed to do any downward review of salaries and allowances of NASS members since 2007 in spite of the economic downturn in Nigeria.

They insisted that the allowances for wardrobe, newspapers, kitchen, travelling, domestic and constituency projects were never fixed and can be adjusted.

The judgment is a victory for Nigerians who posit that the budget of the federal legislature is usually bogus.

On June 1, Ondo Governor Rotimi Akeredolu called for a scrap of the Senate and a reduction of the size of the House of Representatives.At the Akure centre of the South-West Zonal Public Hearing on the review constitution, Akeredolu said a unicameral legislature was better than the current bicameral practised in Nigeria.

He said the NASS membership should be part-time and that no lawmaker should earn allowances not known to the RMAFC.

“The Senate should be scrapped. The House of Representatives too should not be unwieldy. A maximum of four representatives should come from each zone”, the governor suggested.